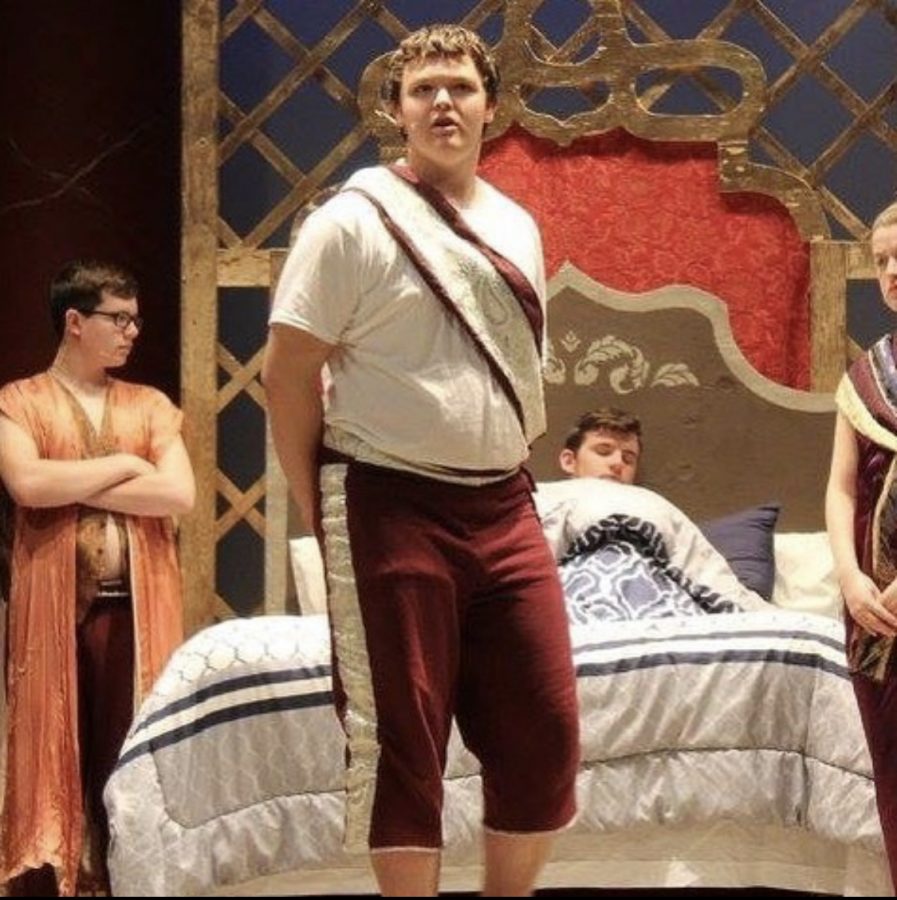 CHS is not without an abundance of talented students. But anyone who knows senior Noah Halterman knows that talent might be an understatement.

But who is Noah Halterman?

Halterman has been a part of the musical program since 8th grade, and a member of the drama program since it was founded his freshman year.

Since then, he has grown astronomically as an actor, and says that “At the beginning of 8th grade, if you had told me that I would be a lead in the school musical at any point in my high school career, I would’ve called you crazy! But here I am!”

Halterman plans to continue his career in the arts by studying music education with a focus in vocal music and a minor in theatre. He also plans to participate in college shows, as well as community and local theatre during and after college.

One of Halterman’s greatest accomplishments is getting to perform in professional shows, such as in “La Casa Azul” at the Phoenix Theatre. He also considers getting to help grow the theatre program at CHS a big achievement.

Halterman got into theater thanks to his 8th grade choir directorasking him for four months, as he wanted to take a chance on him and get Noah into the program.

Halterman says that, “His constant pestering might have been the single greatest thing anyone has done for me. My life changed completely when I joined theatre.”

Since then, Halterman has worked closely with CHS choral director Preston Shafer. He looks up to Mr. Shafer as a musician and person, as he does his best to help his students to be the greatest they can be.

Halterman even says that he likely would have quit theatre his sophomore year if it had not been for Mr. Shafer.

Shafer speaks highly of Halterman too, and says he is a hard worker and great leader in class. Shafer thinks he will be a great leader long after he leaves CHS, and will do well in both academics and performing arts where he decides to attend college.

Shafer says that Halterman is not only a talented actor, but that he keeps the drama on stage and out of his personal life.

“That is a key thing for an actor. Theatre is stressful and a lot of work. Noah handles that all very well,” said Shafer.

Halterman has made lots of friends and found a place to belong in theatre. He says that his friends are “thicker than thieves,” and that he is “…willing to argue that theatre friends are the best kinds of friends.”

His community theater gigs have allowed him to meet professional actors, as well as producers and directors who he maintains contact with.

Halterman has been a part of the theatre and music department at Cascade and made a big impact in the growth of both programs, and will be sincerely missed. However, he will go on to do great things continuing his career in the arts into college and after.