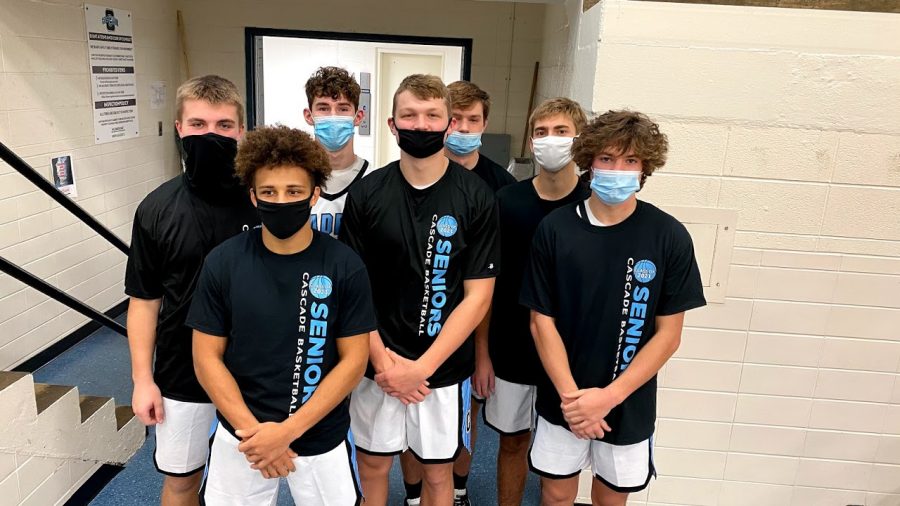 A third of the way through the season our boys basketball team has fought hard which isn’t reflected by their 2-7 record.

The team’s only victory so far has been the conference game against the Monrovia Bulldogs where they won by 12 points. The rest of the games have been losses by close margins typically between 5 and 15 points.

Coach Nick Hinojosa said, “I think the close losses serve a purpose in the long run. Our execution, discipline and decision making when every possession is make or break has to improve but every team has to go through that learning process in order to find consistent success.”

There are quite a few players the Cadets look to during games but senior captains Dane Dubois and Stephen Alderson definitely stand out.

The junior class has two powerhouse varsity players in Gage Alexander and Cayden Watson. Alexander is the starting guard for the Cadets and has been called “competitive and has the drive to get better everyday.” Watson averages five points per game and has made extreme improvements from his junior varsity season.

In recent practices the Cadets have been focusing on discipline between taking care of the ball on offense and defensively working together as a team. Coach believes that if they keep building these habits in practice it will reflect in their game play.

With players in quarantine, the rest of the season is a guessing game.  But Hinojosa sees the potential.

“I believe this team has theability to have a season that will forever hang on the wall in this school and I believe we have moved in the right direction to fulfill that potential. The rest of this season will hopefully see our guys continue to move in that direction and end with some nets in their hands,” he said.