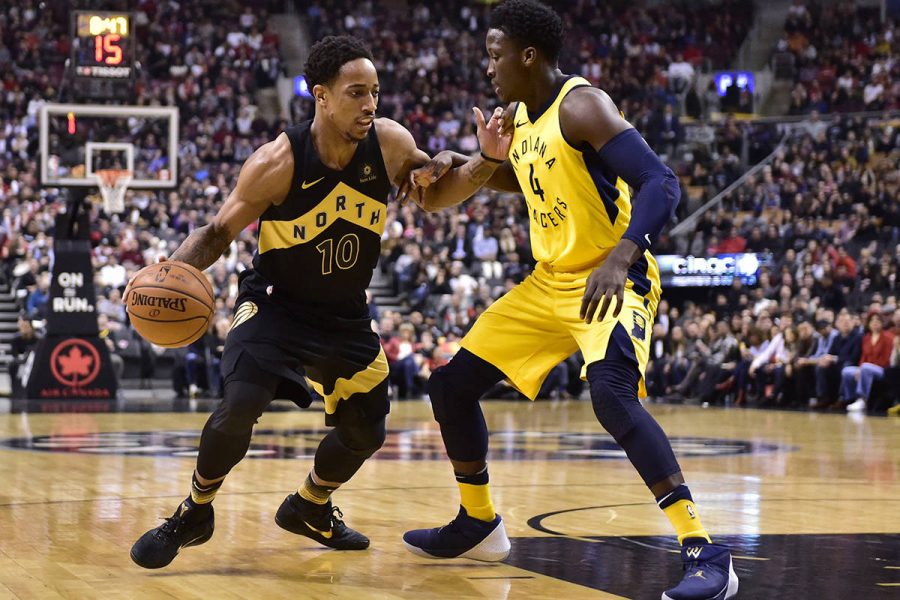 Oladipo ruptured a quad tendon in his right knee against the Toronto Raptors and many thought this would be his last game to ever play, considering his injury is very serious.

After almost 370 days of not playing, Oladipo announced his return, being January 29th against the Chicago Bulls. In the absence of Oladipo, the Pacers missed the playoffs last season and this season they have continued to have ups and downs.

The comeback was a very highly anticipated game that was pretty much sold out and saw broker ticket prices skyrocketing. Mark Shoup, an English teacher at Cascade High School, is a season ticket holder and was in attendance at the game.

“It’s exactly what I thought it would be, Oladipo would come out looking really tired and would change the rotation and then affect the chemistry between the players, and that’s exactly what I saw,” said Shoup.

The environment of the game was insane, drums drumming, coaches yelling and fans chanting, ‘OLA-DIPO.”

Oladipo’s game back was up and down until the last nine seconds of the game. The Pacers were down by three points when Oladipo shot a three and made it to send the game into overtime. Oladipo had nine points, two rebounds and four assists, shooting just over 20 percent in 21 minutes.

This season for the Pacers is looking grim with their chances of making the playoffs low. At this point, it’s really all about next year.

The Pacers are looking to finish the season healthy and are really trying to get used to the new rotation. Once Oladipo returns to 100 percent, the combination of he and power forward Demontas Sebonis will be strong with lots of expectation for them next season.