Earth is the oven and we are the biscuits 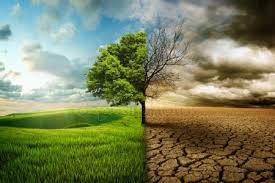 Every year the Earth gets hotter, with 2016 being the hottest year on record and 2019 being the second hottest. Each day more and more ice glaciers are melting causing the sea level to increase, but do we know why?

In fact, the rising of sea levels is caused by global warming and when water heats up it expands. The increase in sea level can increase erosion and elevates storm surges. Melting glaciers can warm the ocean temperatures which can create more frequent and intense coastal storms such as typhoons and hurricanes.

Large contributors of the seal level rising is Greenland and Antarctic ice sheets melting four times faster than it did in 2003. If emissions continue to rise, the current rate of Greenland ice sheets melting is expected to double, causing sea levels to rise by 20 feet.

Research shows that the Arctic region is the most sensitive to climate change because of how the smallest amount of temperature increase can lead to a greater increase in the future, making global warming so much worse.

So what exactly is global warming? Global warming is one part of climate change and scientists believe that it is completely caused by humans.

The burning of fossil fuels can produce approximately two billion tons of carbon each year. When carbon is produced it clouds the Earth’s atmosphere as well as other pollutants. As carbon collects in the atmosphere it also collects solar radiation and sunlight bounced off of the Earth’s surface, preventing it from traveling back into space. As the radiation is trapped in the atmosphere it makes Earth hotter. This can also be known as the greenhouse effect and it has happened for centuries.

Transportation also plays a huge role in being the second largest pollutant in the world, generating approximately 1.7 billion tons of carbon. Carbon emissions have since decreased from 2005 and 2014 because scientists have created new ways of modernizing power plants, generate electricity cleaner, and not burning up as much gasoline when driving.

It still doesn’t put and end to the increase of temperatures fueling longer heat waves. Longer heat waves can cause more frequent droughts, heavier rainfall, and even more powerful hurricanes.