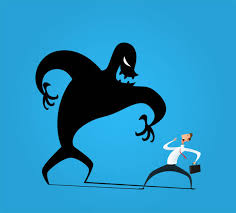 While most of the time our biggest fears don’t affect our daily lives in any drastic sort of way,  what happens when they do? When do we know that they have gone too far?

Fear is a natural instinct that we need in order to keep our bodies out of danger. In fact, fear, to an extent, can even be considered as healthy. However, if fear is taken to an extreme one might begin to expose oneself to some dangerous situations and habits. As well, one can even reroute their entire schedule in order to prevent the possible confrontation of this specific fear. This is called developing a phobia.

Some common fears are of needles andshots, heights, snakes, spiders, diseases, etc. Any fear along these lines are typically passed on from generation to generation as human nature allows parental emotions to be shared with their children. In a recent survey, people stated that their personal fears gave them a sense of anxiety, however, for the most part, they did not allow that anxiety to impact or change the natural course of their day.

While a fear or phobia may make a certain experience a little less enjoyable, most of the time, even though the situation could be nerve racking, it can be beneficial to push through it. The benefits of striving to overcome your fear are copious, however, doing it is never as easy as it seems. Although, there are various techniques and strategies that one can try in order to make the process just a little bit easier. For example, communicating your fear with others, figuring out why you are afraid of something, understanding whether or not your fear is logical, and lastly overcoming your fear with the support of a trusted family member or friend.

As well, when interviewing a regulated group of people, a certain response from Ms. Paradise stated that she did not want her fear of heights to affect her child’s opportunities and experiences. The idea of a fear controlling someone’s life is commonly considered, but the fact is, that a lot of the time, that fear does not just affect you. It can also affect the people who you are closest with.

Most people concurred around the idea of ‘mind over matter’ when it came to common fears/phobias. The idea of making up your mind ahead of time in order to overcome something can be found very useful in anxiety prone situations. People tend to be less likely to back out of something when they have a determined mindset.

Common responses between those who were interviewed, was the attachment of the specific fears to a traumatic childhood memory or event. However, according to The Science and Entertainment Exchange, research has shown that lasting phobias and fears are actually not caused by “one big, scary event”. Instead, fears are typically caused by genetics and/or environmental factors.

Furthermore, genetics plays a key role in the process of fear development because based on your temperament you may or may not be more prone to taking certain incidents and putting them on a much larger scale. Therefore, developing a fear that you could potentially keep with you for the rest of your life. As well, to expand on the idea of environmental factors having an influence on your fears or phobias. If someone such as a close friend, sibling, parent, relative, or role model has an opinion, belief, or bias towards something, you most likely will too. It works the same way with your development of fears.

While your personal fear can be considered indefinitely terrifying to you, it is important to understand the logic and emotion behind it. If possible, try using the technique of ‘mind over matter’ in order to overcome your fear. Understanding why you are afraid of something and whether or not it is logical can be a big step in the right direction. So the next time you are confronted by your biggest, baddest fear consider some of these tactics in order to overcome it!