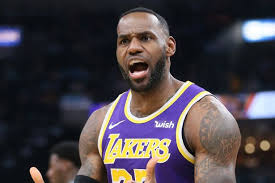 Many people tune in to watch different NBA games, but one thing that people always notice is how much professional athletes complain about calls.

Out of all the players who complain and argue with the referees, the one player everyone notices is LeBron James. And there are many things that go into LeBron arguing with officials about missed calls. Although people always talk about how you can’t complain about missed calls, and you just have to move on, but it is way easier said than done.

Imagine, you get going in a game and your emotions are running high, you are competing to win a game and all of the sudden a referee calls a foul that you don’t agree with. It is very hard to not show any emotions and just move on, especially when you, and everyone else knows that the wrong call was made.

As a basketball player I have experienced many instances where a ref has called something bad and my natural reaction is to put my hands up, or to go and ask the referee.

It happens in many other sports, such as football, baseball, soccer, softball…pretty much any sport with an umpire or referee. Some people normally do great at hiding their emotions, but once you are competing and wanting to win and not thinking about what you are saying, it just comes out sometimes without thinking about it.

Athletes are always being judged about the way that they act and how they carry themselves on and off of the court. Sometimes it is hard to control all of your emotions while having a competitive mindset and sometimes people don’t realize it.