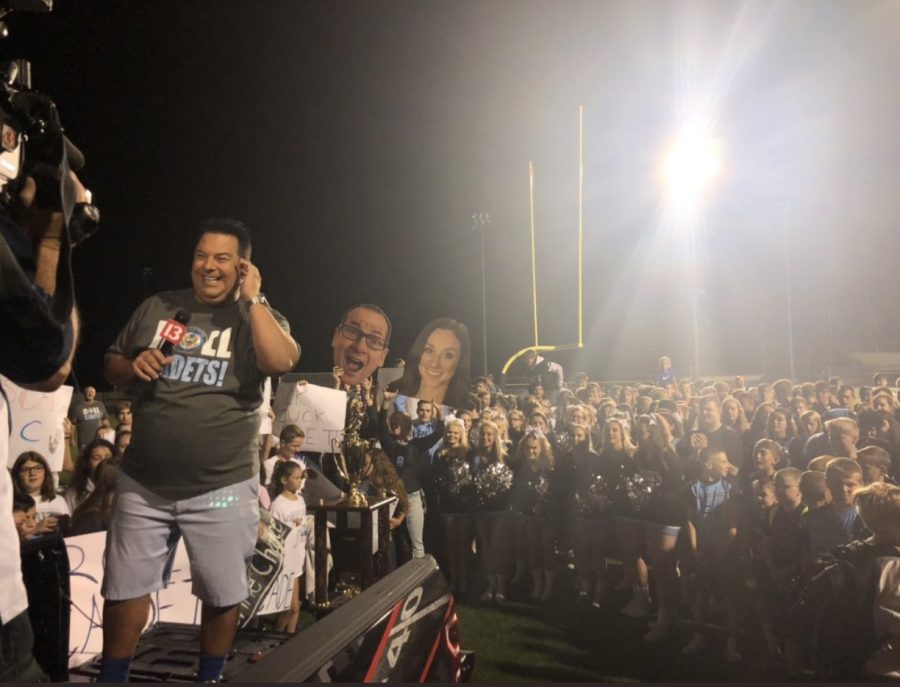 Being on Operation Football is a pretty big deal. But being on it twice? Even bigger!

With a new football season starting and entering a new conference, Cascade High School got to start the season by seeing WTHR’s “Operation Football” for a second time in one year.

Last year about 200 people came for the 5 a.m. showing for the start of the new football season. This year there was an even bigger crowd on hand.

According to Carlos Diaz, WTHR reporter, “We came back to “The” Cascade High School because it was the best school we had last season and you guys had the most school spirit we saw.”

Cascade High School was the first school this season to be highlighted on WTHR. Frankly, they owed it to us to come back. Last year they felt bad because they weren’t able to give us the full effect of what it is like because there were so many technical difficulties.

With students coming out this early in the morning, Mr. Brant Donovan and Mrs. Lori White had many things planned for the students. As people showed up at 5 a.m. they had doughnuts and coffee for everyone from Jacks Doughnuts. The suicide prevention team had a biscuit and gravy breakfast after the filming was over.

Cascade might be a small school, but with WTHR coming out twice it shows how much pride in our school we have.