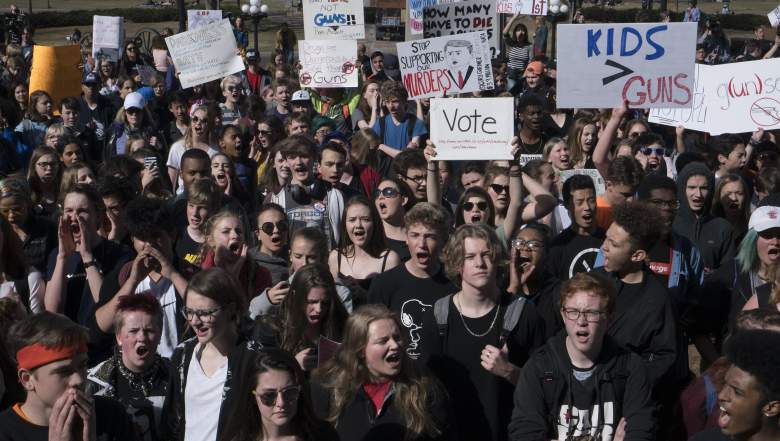 On Sunday August 26th, 2018 in Jacksonville, Fla. a man opened fire into a crowd of people during a video game convention. Two people were killed and nine others were badly injured. Before the police could catch the shooter, he ended his life. Many are suspecting that he was angry that he didn’t win the contest, so he ended up shooting others. The real question is why did he open fire into a group of innocent people?
In the past 2 years, Florida has experienced some of the worst mass/school shootings in America. First, in June of 2016, a 29- year-old man opened fire at a gay nightclub which resulted in the deaths of 49 people and the injury of 53 others. Second, in February of 2018, a 19- year-old man opened fire at Stoneman Douglas High School, killing 17 students and staff members.
In the 1950 and 60s our grandparents never had to practice the “What if a mass shooter came into our school, or in our building?” Today, students all over the U.S. have to worry about it every single day. Over the years, things have changed in high schools across America and the thing is “what’s the best and safest strategy do we use when a mass shooter enters the building?” Every single year, both students and staff have to worry about it instead of just teaching and learning.
It’s not just students that have to worry about being safe, a shooting can start anywhere. In October of 2017, a 64-year-old man opened fire at a crowd during a country music concert in Las Vegas, Nevada. He ended up killing 58 people and injured over 500 others. The Las Vegas shooting is one of the deadliest mass shootings in modern American history.
On Sept. 3, 2018, six people were killed, and 23 others wounded after shots rang out in Chicago. Since Memorial Day more than 1,000 people were shot in Chicago alone.
After the horrible events of the Parkland shooting, students all over the United States have become fed up with the bureaucrats not changing anything about gun violence. Students at Stoneman Douglas started to speak up and say something about it. They organized the month long #NeverAgain movement, which touched U.S. students all over the country. They hosted things like the National Walkout Day and the March for Our Lives movement.
The Walkout happened on March 14th which was the one month anniversary of the shooting. The March for Our Lives occurred on 24th in Washington D.C. The March for Our Lives movement raised over 3 million dollars which covered half of the march and the other half went to families that were affected by of the shooting.
When is enough enough? Almost every single student in American is done not feeling safe at school. Many wonder when that day is going to come, when they can get their words to mean something. It’s not just schools that are unsafe anymore. It’s churches, concerts, banks, etc. It seems like Americans cannot go anywhere without the fear of being shot and it feels like no one is doing anything about it.