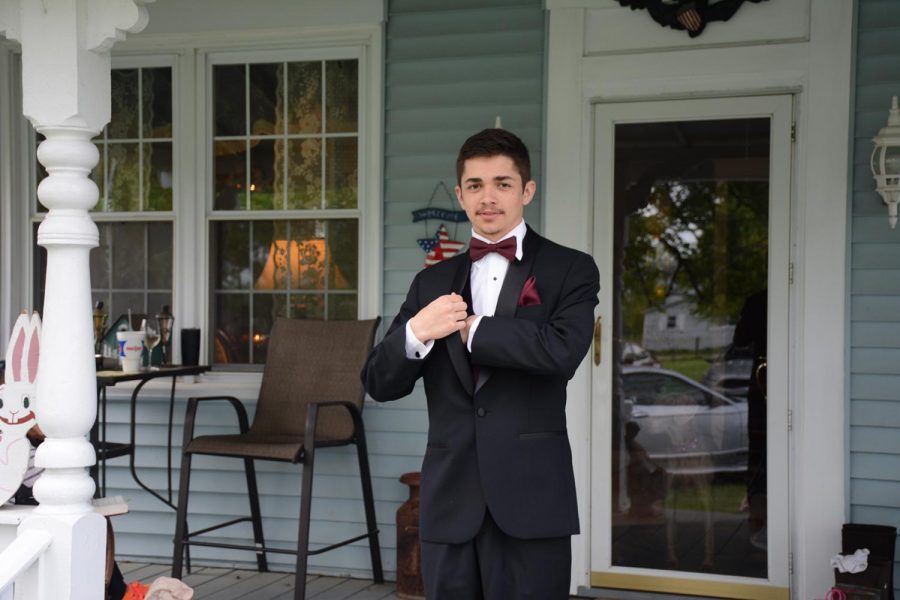 If you’ve never heard of him, Andrew Murphy is a senior at “The” Cascade High School this year. Murphy can be described as an amazing athlete, student and electrician.

He has played varsity soccer for three years, where he helped win the 2015 WIC championship. Although he doesn’t plan on continuing soccer outside of high school, he still plans on playing in recreational leagues with his friends.

“Soccer has been one of the most influential things in my life. When something didn’t feel right in the world, or I didn’t feel like I fit in, soccer gave me an outlet,” said Murphy.

Andrew currently doesn’t plan on going to college, but to continue his work and apprenticeship with Indy Voltage. After mastering electricity, he plans to join the United States Navy under the Navy Nuclear Program working on battleship class nuclear powered-ships and carriers.

Andrew enjoys hobbies that include video games, auto mechanics and target practice. As of late, he spends most of his free time fixing whatever he’s broken, most recently on his car.

Murphy says he owes most of his life accomplishments to his father.

“I think the most influential role model in my life is my father. He has always taught me to see my actions through to the end and to never stop before I’ve made it to the finish line. He’s a very big part of my life and I wouldn’t have the work ethic I have today without his guidance.”

Murphy’s high school career has had ups and downs, but he has certainly made an impact on many people all around the school.

“My high school career hasn’t been the best, but nevertheless, I couldn’t imagine growing up in a place any different from my hometown. Roll Cadets!”