The man on a mission 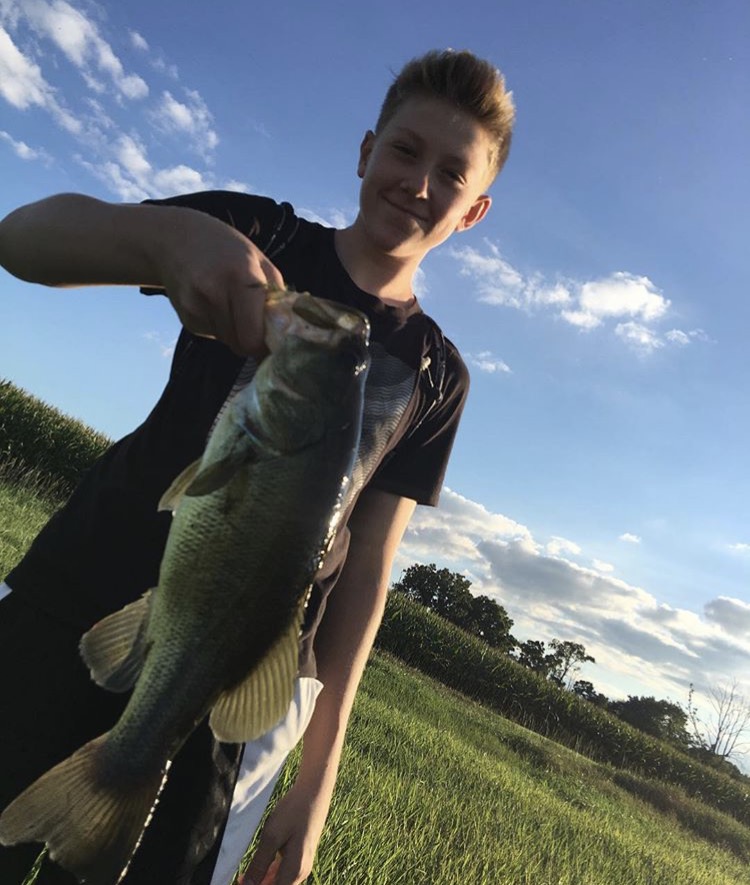 Peyton Blinn has a lot of plans for his future. Even though Blinn is busy, he always seems to make time for friends, family and fun.
Blinn plays baseball for Cascade and many other travel teams. He hopes to really develop his skills to be able to put himself in a position to go to the next level. Blinn is currently undecided on where he wants to go to college considering he is only a sophomore.
Archery is a skill he acquired from hunting. His target species is white-tail bucks. He likes hunting because it fills up his free time in the winter and loves the feeling of dropping a one-of-a-kind deer for the skin and meat.
He also has an affinity for gun hunting as well. Blinn enjoys shooting squirrels with his .22 -caliber rifle. Blinn is in the process of building his own dream hunting rifle as well.
When he is not hunting, you may find him bass fishing.
“I like fishing because I get to spend time with friends and family,” says Blinn. “It’s especially awesome when you catch the biggest fish out of all your friends.”
Since fishing is such a challenging sport with so many factors involved, it gives Blinn a chance to enhance his skills.
Blinn enjoys going home to play Fortnite with his buddies. He enjoys the teamwork and strategy the game has to offer.It also gives Blinn a sense of joy when he takes the win, which is very difficult to achieve.
Blinn also likes going to the rec center in Plainfield and playing some basketball with friends. He likes going and throwing up shots with friends and trying to win some competitive pick up games.
Blinn is very busy with his hobbies and sports. Especially as baseball season is right around the corner. We wish him luck.