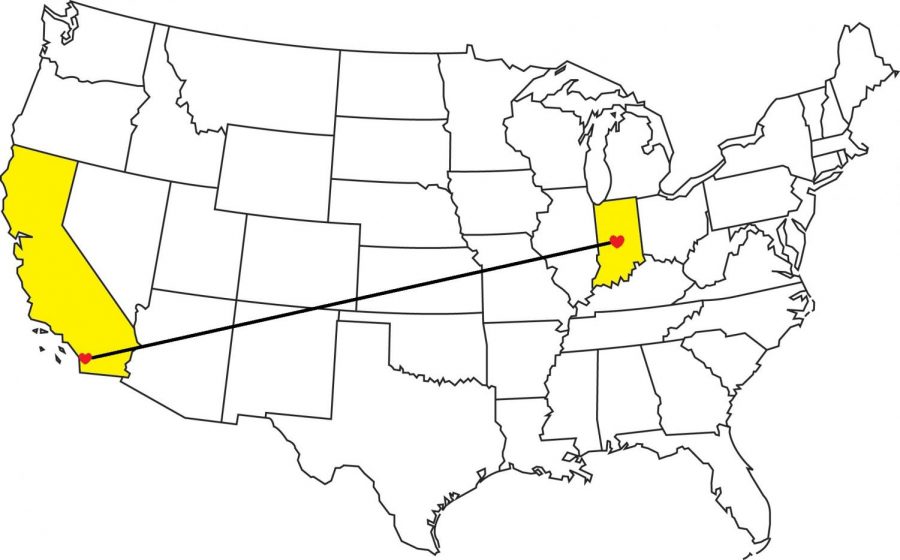 Most of the time, long distance relationships are known for nasty break ups, jealousy, trust issues, and frequent heartbreaks, but that is not always the case.
Since Oct. 10, I have been in a long distance relationship, but not your typical one. No facetime, no text messages, no snapchats, no social interaction. Letters were our only form of communication.
He was gone for the holidays, which was not easy to say the least. Imagine being gathered around the table with your family, the people you love, without your significant other.
The days went by slowly and the months were long. It was hard. But in the end I was okay with it, because I knew he was doing something that he loved and had always dreamed of, becoming a United States Marine.
Over Christmas break, I was able to see him again. We arrived in San Diego on New Year’s Eve. The flight seemed like hours. Everything felt like it was in slow motion. I could not possibly wait until Jan. 4, family day at Marine Corps Recruiting Depot (MCRD) San Diego.
The day finally came, and it made all of the letters worth it. I finally got to hug him and talk to him for the first time in over three months.
He came home after boot camp for 24 days of leave. Those days went by so fast, but we made every second count. We were able to celebrate his birthday together as well as the holidays we missed. Halloween, Thanksgiving and even Christmas. He was able to come to my senior night and see me on the basketball floor for the first time since sustaining an injury. We got to watch endless movies and television shows together, including “Criminal Minds,” even though he hated every second of it.
After the short 24 days, he headed back to California for SOI (School of Infantry). 2,085 miles away.
These past few days have been tough because I would do anything to have him back in Indiana, but as he puts it, he is joining the school of “heartbreakers and life takers,” something that he has always wanted to do.
Many say long distance relationships have bad reputations, but I disagree. Sometimes it does not matter when you find someone worth going the distance for. Long distance relationships are rewarding. It really makes you appreciate one another and it makes you thankful for the times you are able to spend together.