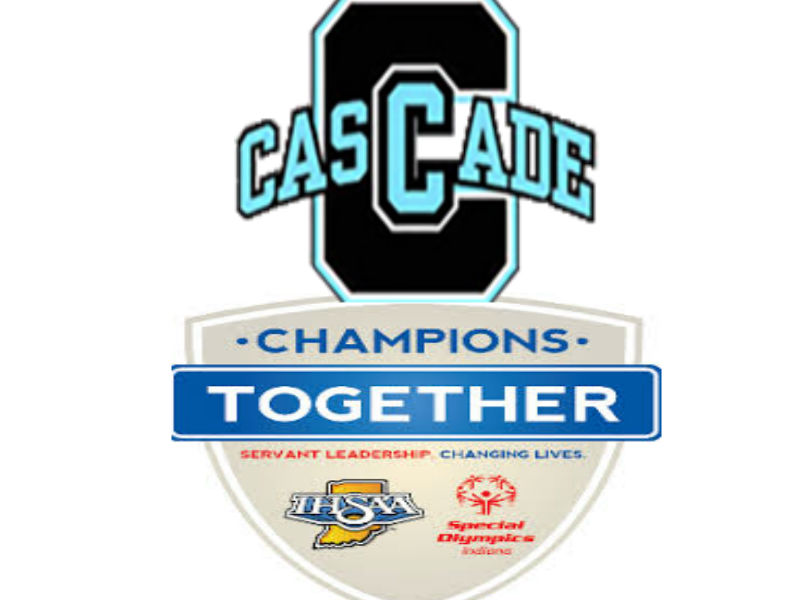 The Cascade high school will be taking part in the Indiana High School Athletic Association’s “Champions Together” program, a fundraising event intended to make $1,500 for the Indiana Special Olympics.
The Special Olympics is a non-profit sporting event for people with cognitive disabilities, with this year’s winter games to be hosted in Lawrenceburg. This year the games are set to have three days of activities and up to 20 sporting events.
In order to help improve the games, as well as run them, The Cascade High School will be participating in this year’s program. They plan to raise money by various methods, including the selling of T-shirts and bakery items.
Junior Becca Parsons is taking part in the effort, stating that the real goal of the program is to bring understanding and people together. This is a goal that she firmly believes can be accomplished.
“It has been awesome! Right now we’re trying to get everything planned and hopefully after the convocation Monday, everyone will know more about it and the whole school can get involved!”
The previously mentioned convocation will take place on the 18th, and is set to feature the director of the Champions Together, Lee Lonzo. It will be hosted in the PAC where there will be speakers, bracelet sales and even a comedian.
Cascade will also be forming a basketball team on the 22nd of December, which will be comprised of both special education and general education students. The team will face off against North Putnam between the JV and varsity games.
Businesses will have the chance to donate, and will, in exchange, have their logo placed on the team roster. Checks should be made out to Cascade high school, with all funds going to the Special Olympics.
The president of Cascade’s Student Athletic Leadership Council (SALC), senior Abby Church, cited lack of appreciation as one of their motivations. She went on to explain this in a newsletter, stating that schools with better equipment tend to take their gear for granted.
All students of The Cascade high school are welcome to join, and are greatly encouraged to do so. Anyone with more questions may contact SALC president Abby Church (achurch18@student.mccsc.k12.in.us), or Rebecca Parsons (rparsons19@student.mccsc.k12.in.us).