A hole in one season 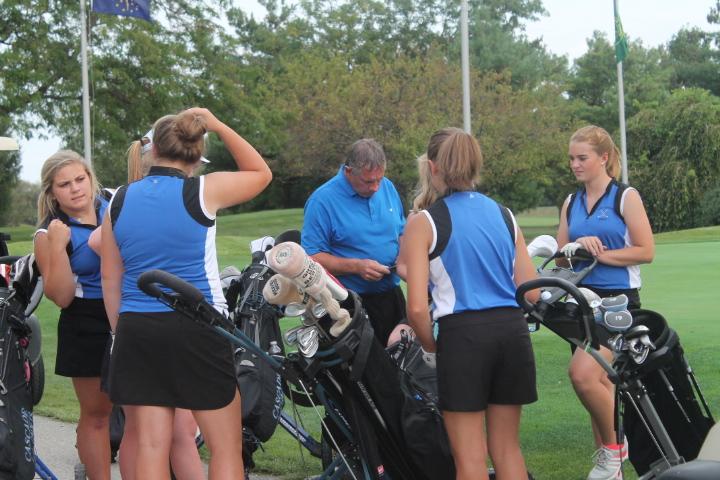 The members of the girls golf team put themselves in a great potential for success this season.

As a team they performed to great levels with many individual accomplishments and victories over many larger schools.

The team had a close match against Northview halfway through their season and it was by far the closest match they had all year. The girls came out victorious with a win of 195-196.

The team excelled in conference play this year by placing fourth and with Dixie Short being named to the All Hendricks County team. Short and Anna Littrell were also named to the All Western Indiana Conference team.
Sectionals were held at West Chase Golf Club in Brownsberg this year where the girls placed sixth out of ten at the match and ended their season on a high note.

All the girls will be returning next year as five of the six members will be seniors, including Short, Micah Campbell, Littrell, Skyla Davis and Lindzy Dolder.