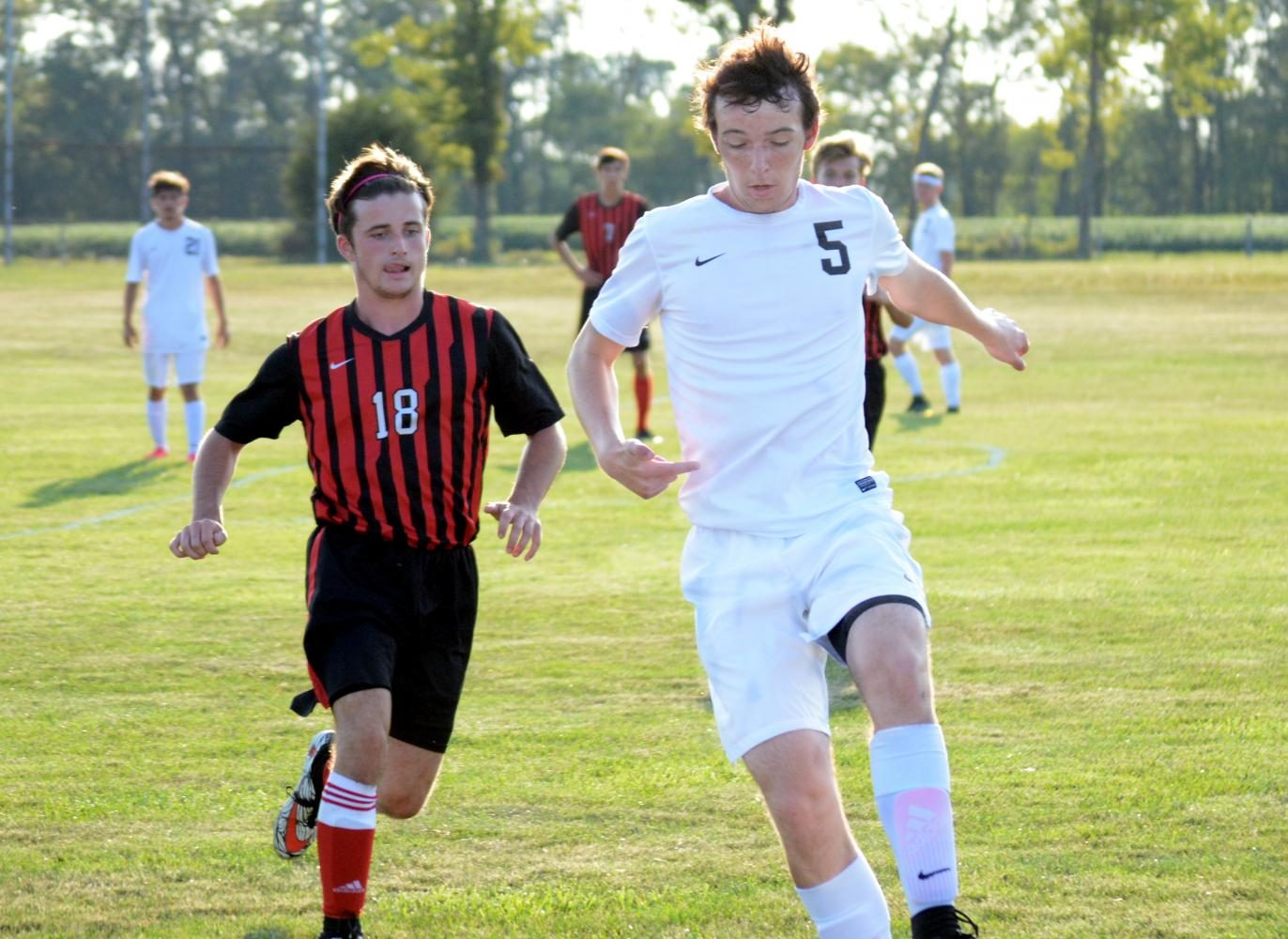 Junior Luke Pierce tackles the ball against Edgewood in a victory.

The boys soccer team recently faced the Edgewood Mustangs, beating their competitors after a fierce struggle.
The first half roster saw Evan Lefford as the goalkeeper, heading the defense. The players worked together, ensuring that their opponents could not maintain their possession.
Head Coach Kevin Valenti praised his starting players. “We have lots of potential, and two freshmen in our starting lineup.”
Junior Jordan Van Winkle explained that the team had met struggles with the sudden change of coaches, but felt confident that the new team could handle the challenge.
“With the addition of freshman Blake Stack and Jacob Huffer the team has become less selfish, and we have some great new connections on the field.”
Those playing in the middle held the ball from Edgewood, only releasing it so their teammates could advance further up the field. The defense was well prepared for the rare occasion that the offense failed, and were quick to redirect the course of play.
However, the boys were against strong odds, and struggled to guide the ball to the goal. Players tended to panic once they approached the goal, making last minute fumbles that cost them opportunities.
Cascade breezed through their competitor’s offense, and eventually broke their defense. Within the first half, the team scored their game winning goal.
The Cadets managed to maintain their intensity through the second half. They gained an increased sense of urgency as time ran down, though they were unsuccessful in scoring a second goal.
Edgewood’s offense was pinned down, preventing them from getting any game saving goals. Any efforts to place the ball in the net were quickly stopped by the goalkeeper.
The second half ended, with Cascade on top, by a final score of 1-0.
Valenti expressed his vision for the team, saying “Once we can put a full game together the way I know we can play, we will have a chance to win every game.”