The boys soccer team is on fire to start the season. 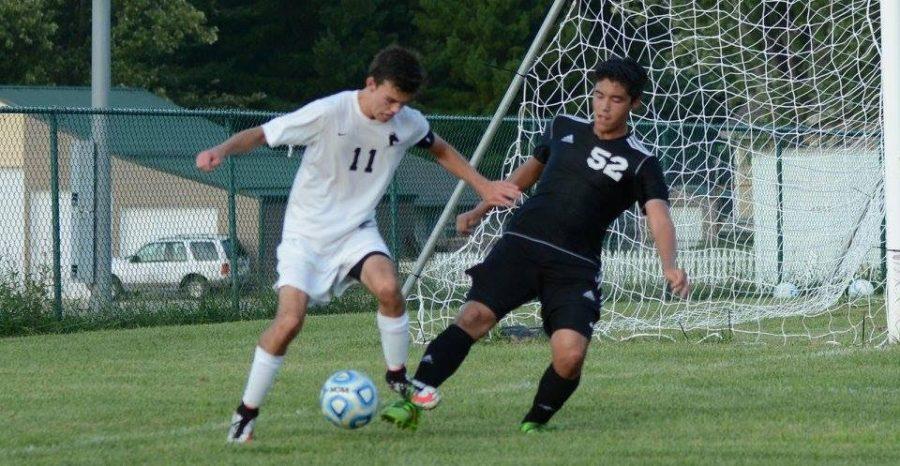 Soccer season is in full swing, and the CHS boys team is bringing the heat.

The boys started their season last week at home against the West Vigo Vikings. Senior Chase Spencer started off in amazing fashion scoring four goals while junior Zach Deurloo scored two and sophomore Avery Zook scored a goal off of a corner kick. The Cadets beat the Vikings 7-1 in the first career coaching victory for new Head Coach Chris Shearier.

The second game for the team was on the road against the South Vermillion Wildcats. Once again, Spencer walked away with four goals, Deurloo with two and senior Tyler Fox with one. The boys defeated the Wildcats 7-2.

The next victim in the Cadet warpath was the North Putnam Cougars. Spencer repeated his magic with another four goals, Deurloo added two and sophomore Jordan Van Winkle contributed a goal. The team continued their winning streak by beating the Cougars 7-1.

Spencer is on an absolute terror, having scored a hat trick and then some in every game so far this season, making him one of the top players in the nation.

“We’re off to a good start and it’s going to stay that way,” says senior Bip Saini.

The boys team is currently ranked 24th in the nation, and 12th in the state while showing no signs of slowing down.

With one of the best starts in CHS history, this season promises to be exciting and eventful.