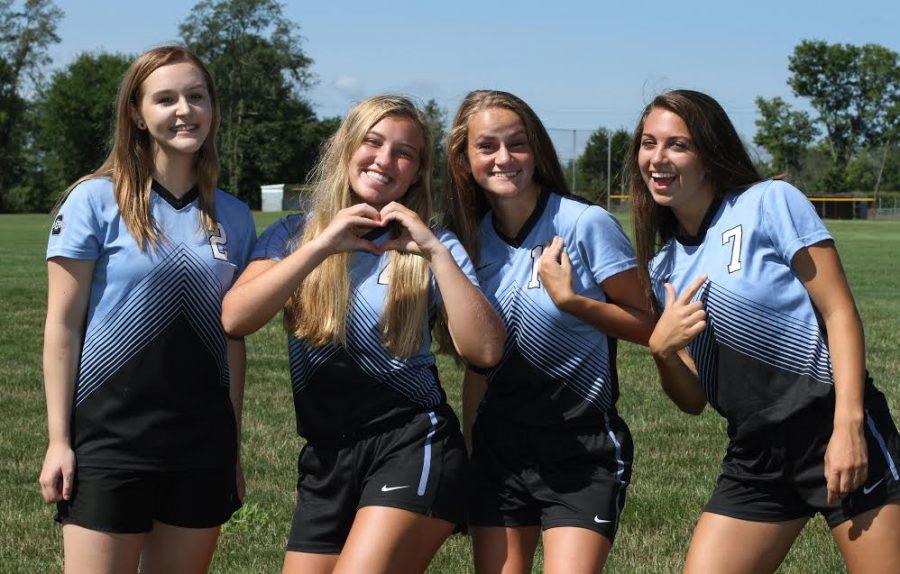 The Lady Cadets soccer team is heading to the field under the new leadership of coach Michael Dorsey.

The loss of former coach Sean Adams to Danville left an unexpected gap in the leadership. But with 16 years of successful coaching under his belt, Dorsey is ready for a great season.

Dorsey has a long resumé including coaching at the high school and middle school level in Forest Park, Northeast Dubois, and Jasper.

The season may begin with a new leader at the helm, but the team is not short on playing experience.

With returning seniors Laura Batts, Corynn Engel, Alli Woodall and Madison Boggs, the team brings a solid core to what could be a promising season.

“The seniors are already proving themselves as team leaders,” says Dorsey.

Although there is a strong group of seniors, it is evident that there will be much to work on after losing several key players from the 2015 team.

“This year is a building season. We lost key seniors and have to adapt to a new formation and players,” said Woodall.

Thankfully, the underclassmen and incoming freshmen are promising.

“I have four seniors that are surrounded by a very talented group of underclassmen,” says Dorsey.

Dorsey is ready to get multiple people scoring, including freshmen Taylor Norris and Cali Branscum. Another freshman, Tiffany Lane, is training to be a goalie behind presumed stater, junior Catie Cleveland.